Since 2006, the Medicare Part D program has successfully provided seniors access to lifesaving medicines while stewarding taxpayer resources. Today, the program serves more than 45 million seniors. The average basic Part D premium for 2020 is expected to decrease for the third consecutive year, resulting in $1.9 billion lower premium costs for beneficiaries during that time period.

Generic drugs have been the foundation of this success, saving more than $90 billion for the Medicare program last year and saving America’s patients and taxpayers nearly $2 trillion overall during the past 10 years. But data highlighted in our new white paper, Access Denied: Why New Generics Are Not Reaching America’s Seniors, shows how policymakers need to update the program to ensure continued savings. The prescription drug market has changed in the last 14 years, and the Medicare Part D program should evolve to better meet the challenges that seniors are facing today.

While average premiums may be declining, rising drug prices are resulting in increased program costs. Annual program spending has risen 12% since 2010 ($133 billion in spending in 2010 vs. $149 billion in spending in 2018). Out-of-pocket spending is also becoming more of a problem for Medicare beneficiaries. In 2017, more than 1 million non-low income subsidy-eligible Medicare beneficiaries had out-of-pocket costs above the catastrophic threshold. Brand-name drug prices have been a big reason for that; over the past 10 years, brand-name drug prices have more than tripled, at the same time that generic drug prices have fallen by 75%. 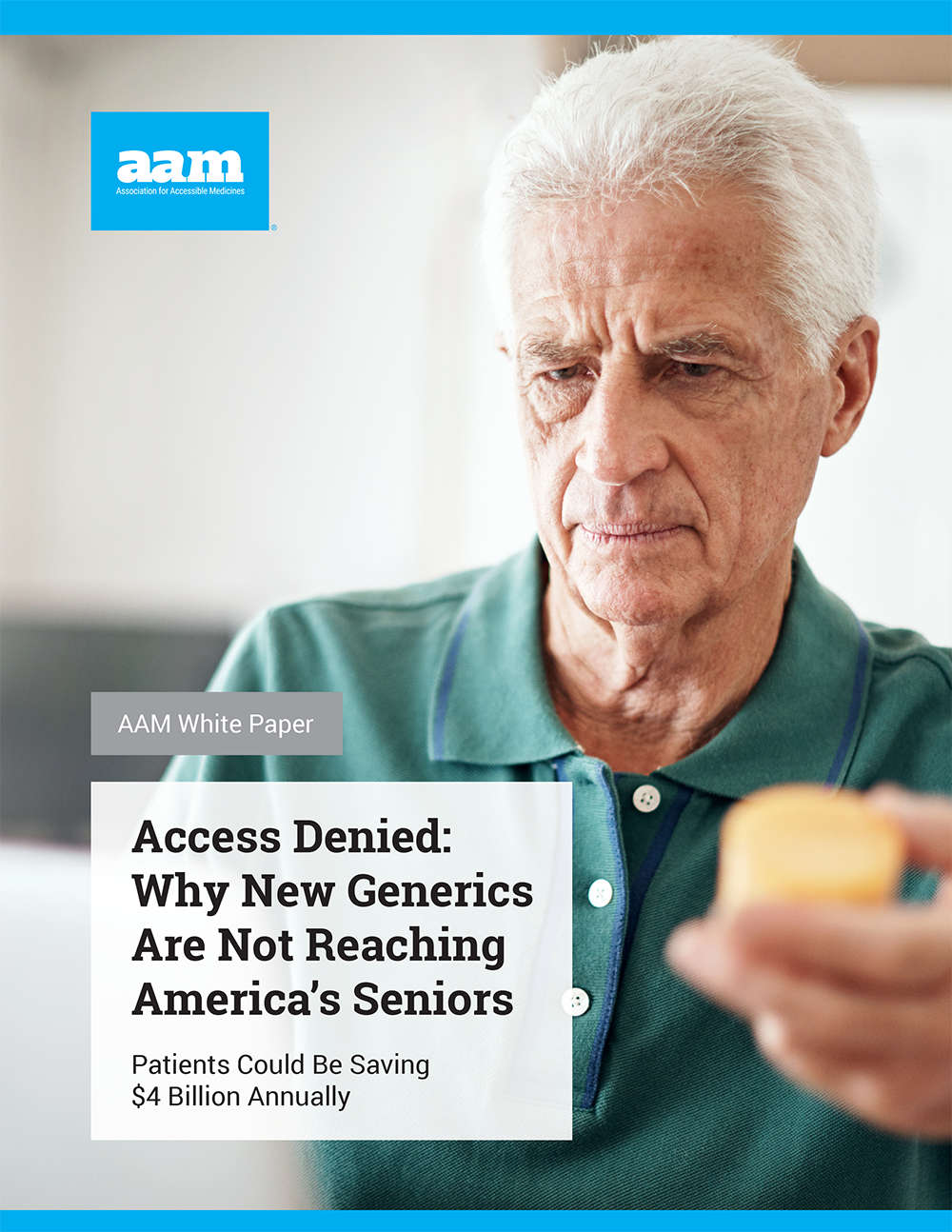 The FDA is approving first generics – the first competitor to a branded drug – faster than ever before, bringing much-needed price competition to patients and payers. However, patients may not be realizing the full value of these products. AAM found that since 2016, it takes nearly three years before first generics are covered on at least 50% of Medicare formularies. Once they are added to formulary, first generics are routinely placed on branded formulary tiers with higher out-of-pocket costs. It is important to update Medicare to address the issue of increasing out-of-pocket costs and continue the success of Part D.

Medicare Part D has successfully served America’s seniors for 14 years. It is time for policymakers to update it to ensure that it can continue to provide needed medicines at lower costs in the future.