NAFTA 2.0 Congressional Briefing: The May 10 Amendments

Congressional Briefing:
The May 10 Amendments: How the 2007 Bipartisan Deal Informs Today’s NAFTA 2.0 Debate

FLASHBACK. On May 10, 2007, House Democrats worked with a Republican president and successfully reached a bipartisan agreement on trade. The trade deal resolved concerns around patient access to more affordable medicines and incorporated changes to the labor and environment provisions.

Please join the Association for Accessible Medicines (AAM) on the 12th anniversary of this important, bipartisan agreement to learn directly from panelists who took part in the original agreement and other stakeholders on how NAFTA 2.0 (USMCA) raises serious concerns about patient access to affordable medicines and how the May 2007 Agreement could serve as a model for future congressional action.

How do NAFTA 2.0’s intellectual property provisions compare to NAFTA 1.0 and the May 10 Amendments? What can Congress do to fix USMCA and address the high cost of prescription drugs? Come learn more!

Lunch will be served.

The briefing will also be streamed live on the AAM Twitter feed. 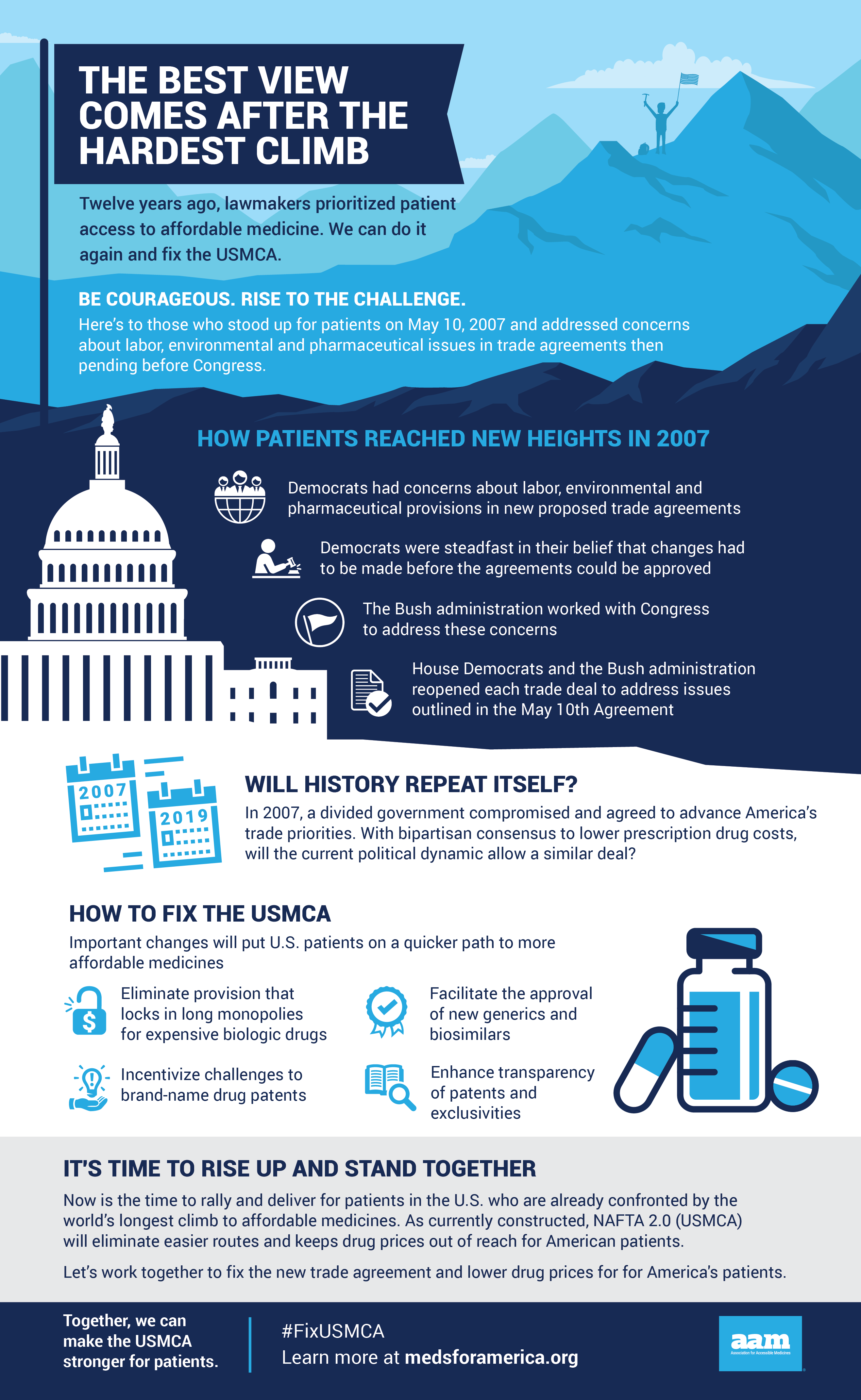 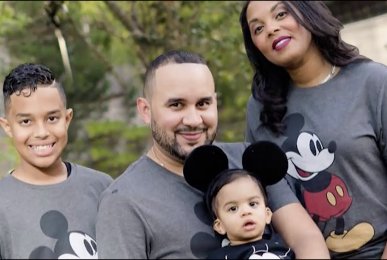 Video
Helen's Story — She Knows She Can Rely on Biosimilars