Generic prescription medicines save patients more money with each passing year. In 2019, according to AAM’s Generic Drug & Biosimilars Access & Savings in the U.S. Report (with data provided by IQVIA), savings from generic drugs added up to $313 billion. The 50 states saved on average $6.1 billion savings in 2019, including $1.9 billion in Medicare savings and $950 million in Medicaid savings. 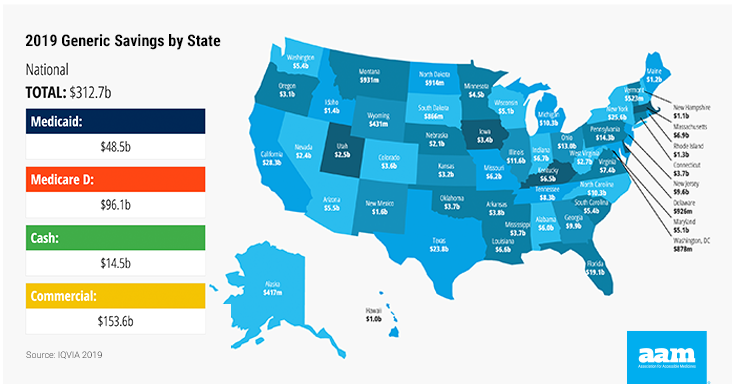 Throughout the COVID-19 pandemic and beyond, safe, effective, FDA-approved generic prescription medicines keep U.S patients healthy and productive. While the world waits for a vaccine, generic drugs (many of which are manufactured domestically) play a significant role in the standard treatment for COVID patients.

These seven states accounted for more than 43% of the nation’s generic savings:

Without access to generic medicines, Rich says, I don’t know what I’d do.