A Generic Summer Savings Tour: How Did Your State Do?

The 11th edition of the Association for Accessible Medicines' annual Access and Savings Report (see summary) reveals how much money American patients and taxpayers saved in 2018 through competition from generic drugs and biosimilar alternatives to brand-name biologic medicines. The report provides data by state, based on findings by IQVIA. We’re releasing a detailed publication later this summer.

Some notable facts from the state data: 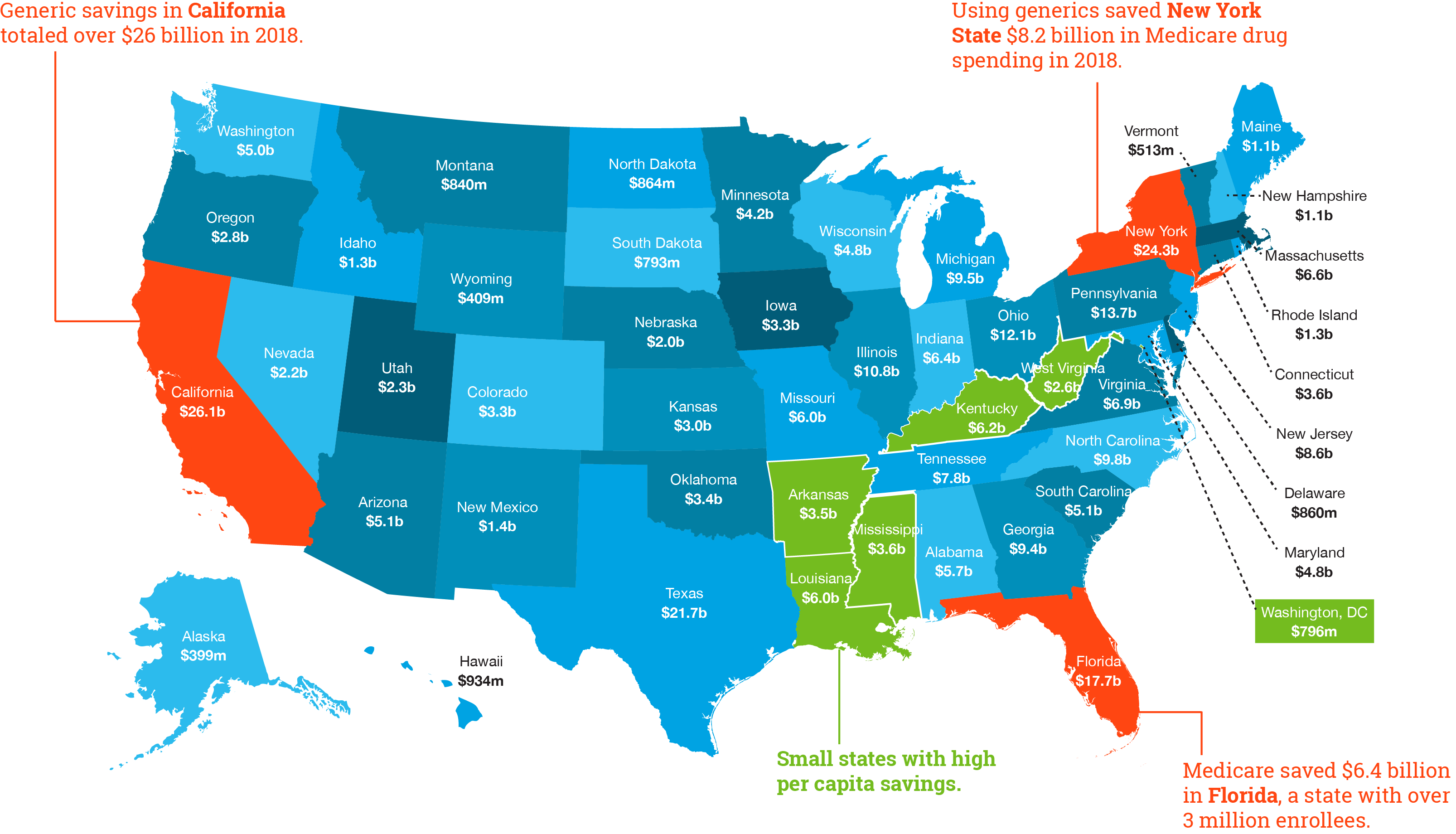 All 50 states and Washington D.C. are included in the upcoming report. Here’s a three-state highlights tour: