Jonathan Kimball is the Vice President of Trade, International Affairs and Strategic Initiatives at the Association for Accessible Medicines (AAM). He serves as senior strategist and advocate in partnership with the SVP, General Counsel, to direct the international trade strategy of AAM and represent the association and its member companies’ interests before the U.S. Trade Representative, the Department of Commerce, Congress, The White House and other stakeholders. He identifies public policy priorities and implements strategies to advance AAM’s trade and international affairs agenda. Jonathan leads AAM’s strategic planning initiative and represents the association on the Management Committee of the International Generic and Biosimilar Medicines Association (IGBA), serving as IGBA’s Vice Chair for 2022.

Before joining AAM in February 2019, Jonathan was Managing Director, Healthcare Policy at Burson Cohn & Wolfe (formerly Burson-Marsteller). In this role he collaborated with pharmaceutical companies, medical device companies, trade associations and other clients to develop public affairs and advocacy campaigns aimed at influencing the policy and regulatory environments in the United States and international markets. Previously he was Deputy Vice President at Pharmaceutical Research and Manufacturers of America (PhRMA), for which he developed and advanced external advocacy and communication efforts in partnership with senior U.S. and foreign government officials, Congressional staff, patient organizations and other trade associations.

Jonathan’s earlier career took him to Budapest, Hungary, for Freedom House and other NGOs. He earned a master’s degree in International Affairs/International Political Economy from American University and a BA from San Francisco State University. 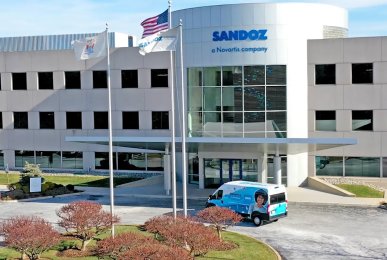 Video
Sandoz US Leadership on the Value and Promise of #RemarkablyGeneric