We at the Association for Accessible Medicines are proud of our rich heritage. The pioneers who forged our industry deserve to be heralded. Some are still with us; some are gone. Please keep reading about them and their contributions to society.

It was 1999 and the generic industry, created 15 years earlier by enactment of the Hatch-Waxman Act, was coming of age. Although generics accounted for less than half of all U.S.  prescriptions — it would be another five years before the generic dispensing rate reached 50 percent — patients and consumers were increasingly relying on affordable generics for their medication needs. 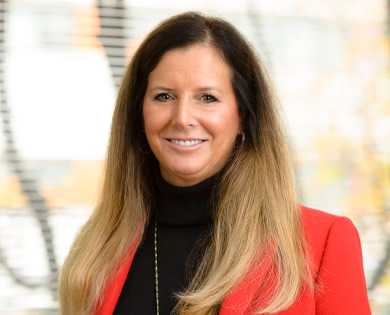 Concerned that competition and the growing use of generics would cut into profits and prevent innovators from getting an ample return on their R&D investments, the brand drug industry began pushing legislation to add at least three more years to the patent term extension period already provided under Hatch-Waxman. If successful, the longer market exclusivity period would deal a blow to the credibility and sustainability of the maturing generic industry.

Enter Carole Ben-Maimon, M.D., then a senior vice president at Teva Pharmaceuticals. Testifying before the Senate Judiciary Committee on behalf of the Generic Pharmaceutical Industry Association (GPIA) and the National Pharmaceutical Alliance (NPA), Carole effectively refuted every claim made by the brand lobby in support of longer monopolies. She persistently asserted the Hatch-Waxman patent term extension provision was designed by Congress to encourage future investment in research and development, not to reward past investment. She argued that the proposed legislation ran contrary to the intent of Hatch-Waxman by solely focusing on extending long-running monopolies rather than incentivizing new drug innovation, at a price that would be paid by patients. Carole’s advocacy was successful and helped deliver a major win for the generic industry.

Industry veterans will remember that 1999 patent term battle as the catalyst that brought together the three generic industry trade associations operating at the time — GPIA, NPA and the National Association of Pharmaceutical Manufacturers (NAPM) — to establish a strong, united advocacy voice. Carole playing a leading role in shepherding the mergers: first the combination of GPIA and NPA to form the Generic Pharmaceutical Association (GPhA), and later the addition of NAPM. She was elected chair of the board of directors for the newly formed association (which today is AAM), and held the position for three years. Notably, the merger came just in time as Congress was preparing to begin its work on the landmark 2003 Medicare Modernization Act.

Carole made another significant contribution in 2004 and 2005 as an early advocate for biosimilars. More than a decade before the first biosimilar was approved in the U.S. she testified before the House Energy & Commerce Committee on the necessity of providing patients access to lower-cost generic versions of biologic medicines. She said, Congress must begin now the process of creating a regulatory pathway so that multiple companies can manufacture cost-effective, competing versions of biologics, which will save patients billions of dollars. Failing to do so, Carole said, would weaken America’s leading global position in biopharmaceutical R&D.

Appropriate intellectual property protection is essential, but competition fuels innovation and timely competition in the biologics sector will ensure continued innovation of biotech drugs, Carole told lawmakers. Through media interviews and articles, she relentlessly rebutted the naysayers who claimed biosimilars were not possible to develop, much less produce.

Carole is an effective advocate, physician, mother of three and successful businesswoman. Her resume includes roles at Impax (now Amneal), Barr Labs, Teva USA and Alita Pharmaceuticals, a company she founded, where she served as President and CEO. Carole currently is President and CEO of Larimar Therapeutics, a clinical-stage biotechnology company focused on developing treatments for complex rare diseases.

Not long ago, I had a chance to chat with Carole. We talked about those bygone days and the amazing growth of our industry and the trade association.

I asked Carole about her fondest memory of those years. With scarcely a pause, she said it was the number of extraordinary women in leadership positions within the generic industry, and their commitment to making affordable medicine accessible to all. She mentioned Alice Till, Agnes Varis, Heather Bresch, Kathleen Jaeger, Tammy McIntire, Jane Hsiao, Diane Dorman, Jane Hirsh and others. It was their vision that helped make generic medicine the backbone of today’s pharmaceutical industry.

If you ever wonder whether one person can really make a difference, consider Dr. Carole Ben-Maimon. Her passion, leadership and dedication helped forge an industry that now supplies affordable medicines to people around the globe. Thank you, Carole, for your lasting contributions.

By Bob Billings. Active in the pharmaceutical industry for more than 25 years, Bob held various positions at the Generic Pharmaceutical Association (now the Association for Accessible Medicines) from 2007 through June 2015, including Interim President and Executive Director.

Read more from our series on the founders of generic medicines