More than 115 fatal overdoses per day.

An “economic burden” estimated at $78.5 billion a year, a figure that covers the costs of health care, lost productivity, addiction treatment and criminal justice involvement.

Even more than other health care issues that the U.S. is confronting, this one exacts a heavy toll beyond the afflicted individual. "Since the beginning of the opioid epidemic,” says Jennifer Parker of Penn State Lehigh Valley, “public debate and prevention strategies have focused on the primary victims, misusers themselves, while surprisingly little attention has been paid to the burdens felt and experienced by those who are intimately or socially tied to them.”

Last year, AAM teamed up with EVERFI, the digital learning company, on the Prescription Drug Safety Network. This interactive program combats opioid abuse on college campuses, where one in five students knows someone who is addicted to pain medications. We launched for the 2017-18 school year, partnering with 39 colleges to reach nearly 36,000 students. As of today, 63 colleges and universities have made the program available to students and almost 70,000 have gone through it – at schools that include some of the largest land grant colleges in the nation, from the Ivy League to our military academies.

AAM has made this program available free to colleges and universities. If you are interested in having your college or university take part of this fully funded drug education program, I urge you to contact EVERFI.

The best response to a crisis is to trust in partners to advance the cause and create a bigger, longer-lasting impact than any of us can accomplish on our own. The federal government is taking decisive action. The National Institute on Drug Abuse advances addiction science, while other agencies are stepping up their tactics. State and local agencies are also taking part. 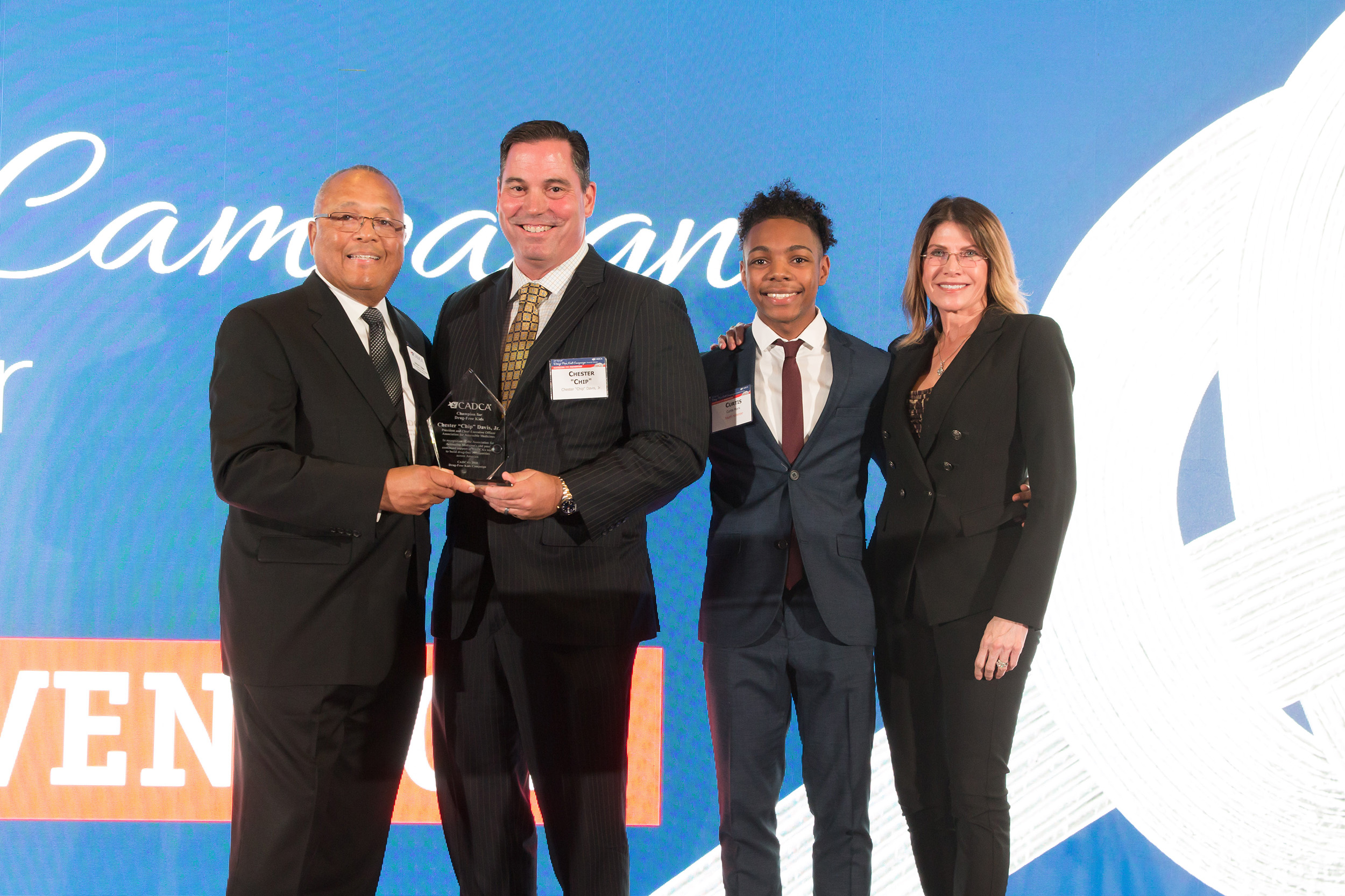 On October 18, AAM's Chip Davis was honored as a Champion for Drug-Free Kids by the Community Anti-Drug Coalitions of America (CADCA), an alliance of more than 5,000 community coalitions building safe, healthy and drug-free communities.

Hospitals and schools across the country have joined the effort, partnering with each other and within their communities to share best practices.

Nonprofits and the philanthropic community have a critical part to play, too. National Family Partnership’s Red Ribbon Week, October 23-31, raises awareness in the schools.

Direct Relief, an associate member of AAM, which collaborates with pharmaceutical companies to ensure that people in low-income communities have access to the medicines they need, is making up to 1 million doses of overdose-reversing Naloxone available at no cost to community health centers, free and charitable clinics, public health departments and other nonprofit providers nationwide.

Finally, the prescription medicine sector can and must demonstrate social responsibility in the face of the opioid crisis. The manufacturers of generic and biosimilar medicines represented by AAM fully support the Prescription Drug Safety Network, and I’m proud of the commitment this effort embodies.