Without changes to the agreement, USMCA will slow the development of biosimilars in the U.S., increase brand-name drug exclusivity (monopolies) for biologics in Canada and Mexico, and expand protections for brand-name drugs beyond current U.S. law.

Competition from generic and biosimilar medicines is a centerpiece of the president’s Blueprint to Lower Drug Prices and is a proven solution to bring down the cost of prescription drugs in the U.S. When patients are able to access more affordable generics and biosimilars, experience shows significant cost savings are realized at the pharmacy counter. However, the USMCA runs counter to the goals of the president’s Blueprint by decreasing prescription drug competition.

AAM recently provided USTR with recommendations on how to improve USMCA by including policies that provide an incentive to:

These recommendations build on previous requests–a joint letter with our counterparts in Mexico and Canada in September 2017 and comments to the Department of Health and Human Services in response to the Trump Administration’s Blueprint. 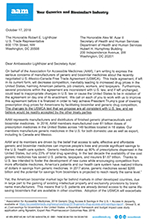 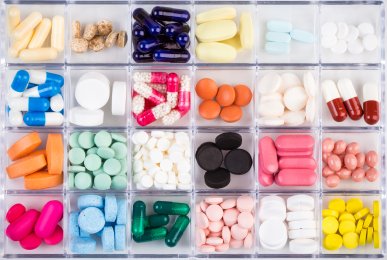 Report
2018 Generic Drug Access and Savings Report
Join the Movement
Let’s fix the new trade agreement and work together to lower drug prices for patients. Tell your elected representatives to fix the USMCA!
Fix It Now 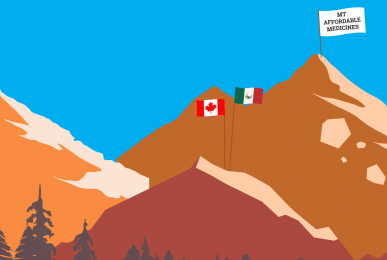