Although it was sold as a harmless extension of a policy that applies to brand-name pharmaceuticals, the penalty ignores the fundamental differences between how brand-name and generic medicines are priced. Unless it is repealed, it could destabilize the robust market for generic drugs and impede patient access to affordable, lifesaving drugs.

What is the Medicaid Generics Penalty?

The Medicaid Generics Penalty is paid by generic drug manufacturers when the Average Manufacturer Price (AMP) of a generic drug sold to Medicaid rises faster than the Consumer Price Index (CPI) over a three-month period. While this is ostensibly designed to prevent manufacturers from raising prices, the penalty is often triggered by forces beyond the manufacturer’s control and not by price increases.

Why should patients care?

The measure could force generic manufacturers out of the marketplace if they must sell their products to Medicaid at a loss. Fewer generic manufacturers could lead to shortages of the life-saving medications patients rely on. A new analysis from Bates-White concludes that the Medicaid Generics Penalty “will have the unanticipated and unintended consequence of increasing the likelihood of shortages for generic medicines.”

What can we do about it?

Contact your representative and tell him or her to repeal the Medicaid Generics Penalty. It hurts Medicaid participants — the most vulnerable among us — and impeding access to affordable medicines for all patients.

You save when you fill your prescriptions with FDA-approved generics

This penalty hurts Medicaid participants and impedes access to affordable medicines for all patients. Contact your lawmaker now and tell them to repeal the Medicaid Generics Penalty! 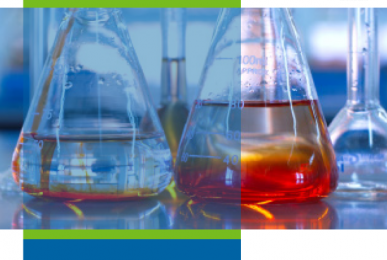 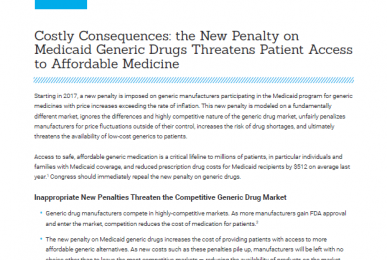